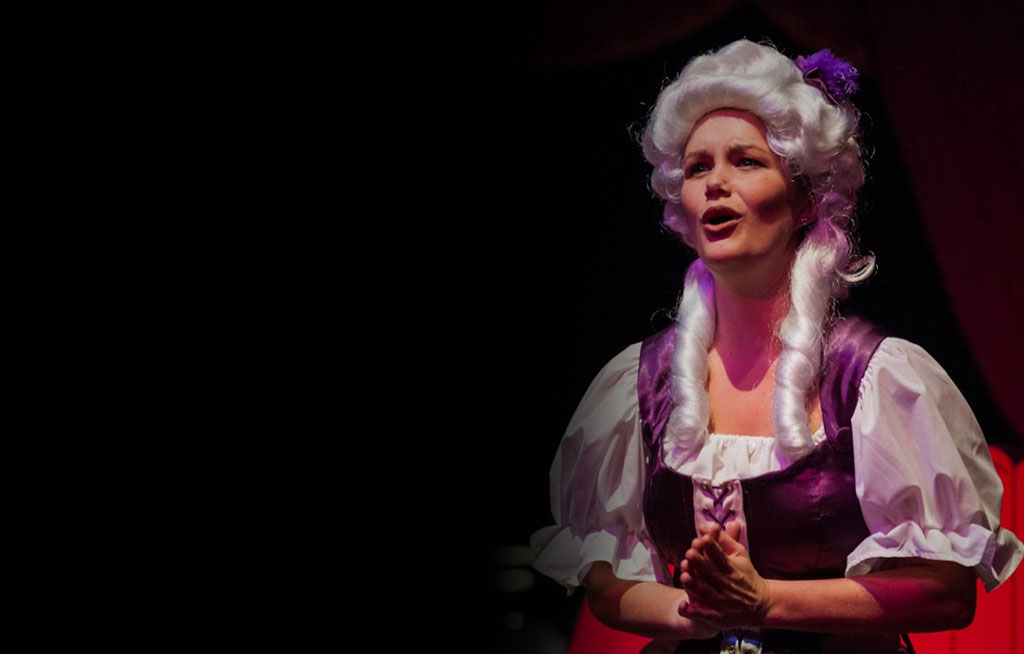 “Eloise Irving sings with a graceful vibrato that has a natural thrill” Andrew Connal, reviewer

Eloise’s career began early. In 1998, aged just 13, she won BBC Choirgirl of the Year, leading to numerous radio and television performances, concerts at the Royal Festival Hall and Birmingham Symphony Hall and the release of a CD with the BBC Concert Orchestra featuring her own composition. Eloise studied voice at the Guildhall School of Music and Drama under Eileen Price and was then awarded a choral scholarship at King’s College, University of London, where she toured extensively in the UK and internationally. Following her studies at Kings College, Eloise went on to study acting at Central School of Speech and Drama. She is currently coached by Paul Farrington.

In concert, Eloise has recently toured Korea, Japan and Brazil with the Tallis Scholars, appeared in Verdi Requiem on a European tour with The Monteverdi Choir and performed with the Academy of Ancient Music in a semi-staged production of Purcell’s King Arthur in the Barbican Hall. Other performances include Bach’s Christmas Oratorio with Tenebrae and the Leipzig Gewandhaus Orchestra, St Matthew Passion with the Academy of Ancient Music, Monteverdi Vespers with the Armonico Consort and Messiah with Polyphony and the OAE. She has performed, toured, and recorded with Tallis Scholars, The Monteverdi Choir, BBC Singers, Tenebrae, the Academy of Ancient Music, Polyphony, Philharmonia Voices, Contrapunctus, Oxford Camerata, the Brabant Ensemble, Sonoro, Eric Whitacre Singers, Howard Goodall’s Enchanted Voices and Gareth Malone’s Voices. She also sings as a regular soprano at Royal Hospital Chelsea.

In opera, her roles have included Almirena in Handel’s Rinaldo, Belinda in Purcell’s Dido and Aeneas (opposite Dame Emma Kirkby as Dido), Galatea in Acis and Galatea, Maria in Zipoli’s The Imperfect Pearl, The Sibyl in Peel’s Neron Kaisar, the Bird in Lionel Segal’s Pictures of Life at Kings Place and as chorus in The Fairy-Queen with the Academy of Ancient Music at the Barbican Hall. She has also recently toured as an actress; appearing in the role of Senn in Re:Sound’s After Party and Clara Schumann in their UK tour of Duet.

Read more about Eloise’s extensive stage experience as an actor.